Today as we remember Rudyard Kipling on his 155th birthday, we remember the renowned storyteller who vividly captured India, its natives and their diverse culture during the times of British Raj through his writings.
One of the most celebrated poets and the author of the world famous ‘Jungle Book’, Rudyard Kipling was born today in the Bombay Presidency of British India at Sir J J School of Arts in the year 1865. At an early age, young Kipling’s life had prepared him for his calling as a storyteller amidst the influence of his architectural sculptor father John Lockwood Kipling and a lively spirited mother Alice Kipling, both equally expressive in their own ways, including the presence of his witty aunts and uncles and his encounters with artisans such as William Morris coupled with his childhood experiences in England that all came together to shape his thinking. His father’s amusing creative expression is reflected in the way he pacified his anxious little son Rudyard, articulating his tragedy of been chased by a monstrous hen into a poem:

There was a small boy in Bombay
Who once from a hen ran away.
When they said: ‘You’re a baby,’
He replied: ‘Well, I may be:
But I don’t like these hens of Bombay.’

And strangely these six lines by his father made him think good of hens for the rest of his life. In his autobiography Something of Myself Kipling recounts his childhood days in Bombay, where he was exposed to its cosmopolitan culture; visiting temples with his Hindu ayah Meeta, praying alongside his Roman Catholic ayah, observing Parsees’ worship the sun, their rituals at the Towers of Silence and listening to his ayahs’ animated Indian tales and nursery rhymes.

Having been separated from his parents and bullied by the woman (Mrs Holloway) in the boarding house in England led Kipling to find solace in books: “books and pictures were among the most important affairs in the world; that I could read as much as I chose and ask the meaning of things from any one I met. I had found out, too, that one could take pen and set down what one thought”. His circumstances since a young age at the tormenting boarding house were some of his early encounters with the human dilemmas of ambivalence and abandonment, facing a cynical and manipulating world with guilt and grief, rage and remorse.

When the abuses came to light to his family, they made sure to let him have a life worth living —where he soaked himself amidst farms and cows, listening to countryside stories, drenched in wet mud, fighting with wasps and running wild at Epping forest. It is at this time of recuperating with his family that young Kipling found his inspiration, as said in his own words ‘the night got into my head’ and finding the ‘fortunate hour i.e. on the turn of sunrise, with a sou’-west (south west) breeze afoot’, a moment that he treasured for the rest of his life.
Perhaps this was one of the sources of his muses for his verses and proses to dawn in future, which won him a Nobel Prize for literature in 1907, the youngest recipient till date. Returning to India in 1882, as an assistant editor to a Military Gazette in Lahore, was where his journey as a short story writer began and after 12 years, in 1894 his children’s novel The Jungle Book was published. The Jungle Book, a popular cultural work till today, has been made and remade into movies and animations throughout the latter half of the 20th century and more recently in 2017 and 2019. Although one also has to also look at his critics, who labelled him as a pro-colonialist and an imperialist, Kipling also had this dispassionate side, acknowledging the people and diverse culture of India as he saw it, which is reflected in his fierce creative imaginations in stories like The Kim, The Jungle Book, The Phantom Rickshaw etc. Including embracing the religious belief of the land as seen in his autobiography Something of Myself Kipling begins by “ascribing all good fortune to ‘Allah’ the Dispenser of Events”.
Today on his birthday lets listen to of his ever inspiring poem ‘IF ‘. A poignant reflection on Rules of Living Life to its fullest will remain timeless for humankind!

We at Natraj have published his poems titled ‘The Complete Verse’. His poems offer a curiously interesting and much contested amalgam of the West and the East. This edition of the complete verse bears weighty testimony of that acclaim. Over 700 pages of Gunga Din and Danny Deever, Judy O’Grady and the Colonel’s Lady, in the company of a wealth of other, less familiar creations, all of them sharing a similar resonance that made Rudyard Kipling the literary lion of the Empire. The Foreword to this edition clearly demonstrates that Rudyard Kipling could seek no more convinced and sympathetic an advocate than Ruskin Bond.

Another rare gem from Kipling for his ardent fans, along with his collections of poems, is our forthcoming publication in 2021 titled “Collected Dog Stories”. It is a collection of heart-warming stories about man’s best friend. The stories about Private Learoyd, Toby, Dina and Hervey written with Kipling’s charming wit in old world English are every dog lover’s ultimate delight. The charming illustrations by G L Stampa bring the stories alive! 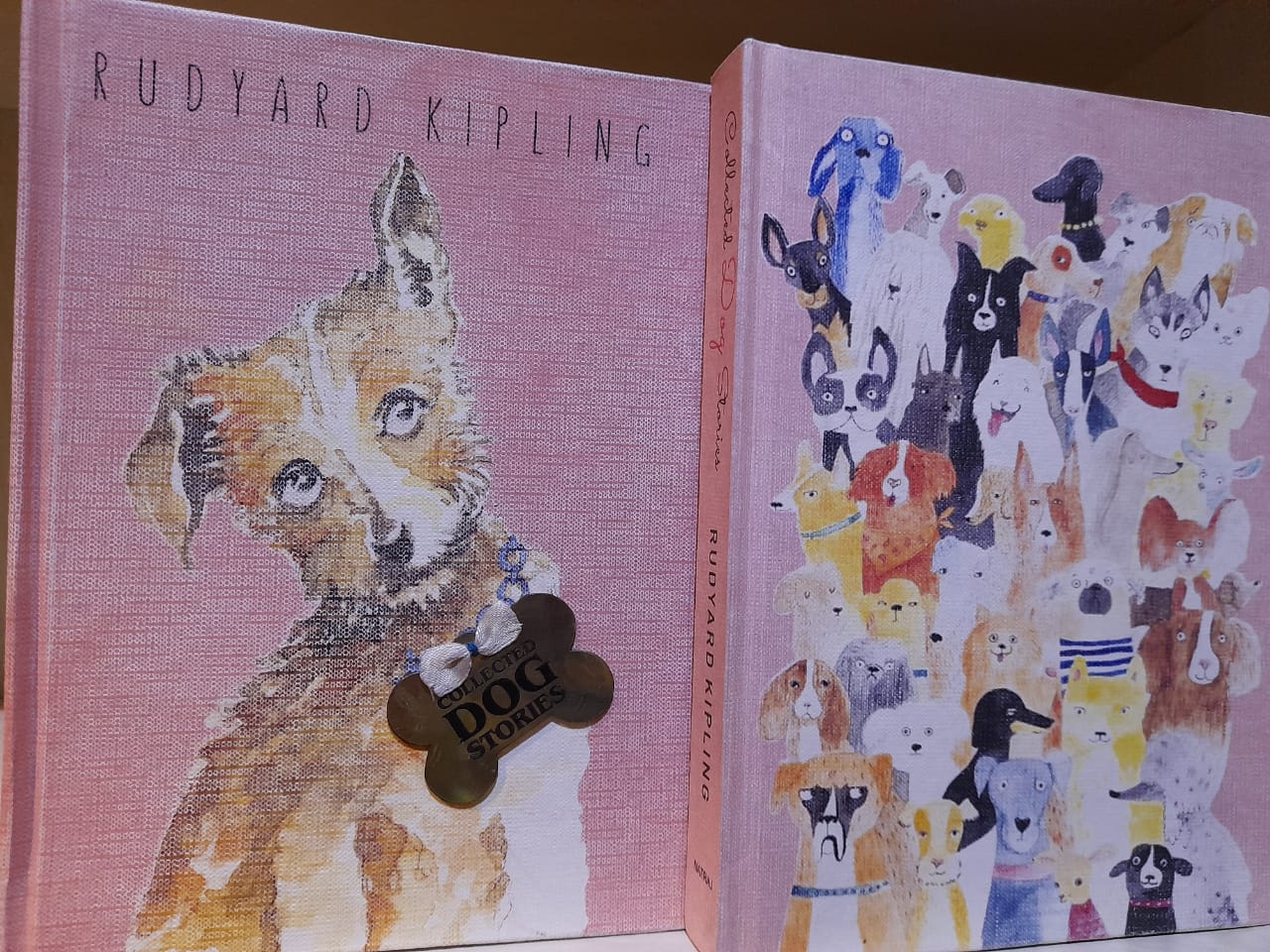